The PrideRock Story: How Carol and Gary’s Love For Animals Became Their Mission 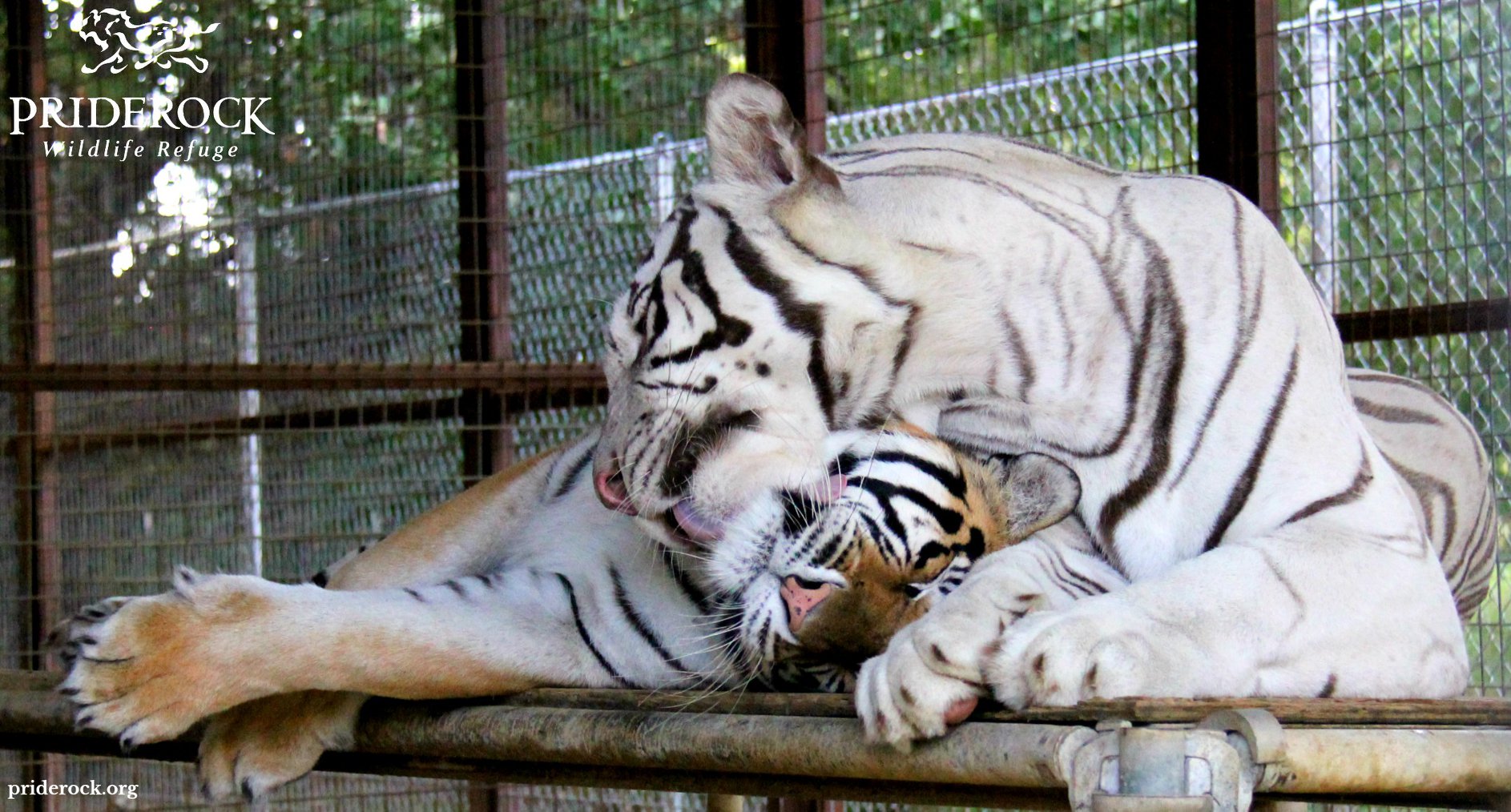 The PrideRock story actually began back in the late ’80s in Abilene, Texas, with a couple of Siberian Huskies, Boris, and Natasha, who migrated across the state with the Holliman’s and, set in motion their desire for wolf hybrids.  They got their first wolf hybrid, Kina, in 1991, and then Konee, a male, shortly thereafter.  Together, they produced some beautiful cubs over the years that they intended to sell, but since they were never meant to be breeders, their love for them would not allow that, and they ended up keeping all the cubs.  Presently, they have several wolf hybrids who are absolutely amazing. 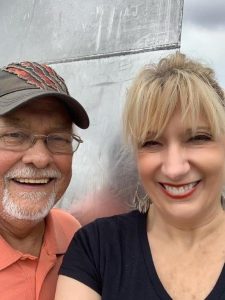 Since those early days of caring for canines, Carol and Gary let loose their passion and empathy for big cats.  In the early 90s, they were naïve enough to purchase a twelve-day old cougar that they named Cayman (the site of their last vacation at the time). Raising Cayman from such a young cub was such a great experience for them. It not only opened their eyes to the plight of exotic cats in captivity, but they quickly learned that the responsibility for the health and well-being of an exotic animal can be much more than the average individual expects, plans for, or can afford.

For this reason, they realized there was a problem with placing abused, abandoned, neglected, confiscated, and unwanted cats.  They knew that they wanted to set out to help in a small way by taking confiscated or surrendered exotic cats.

After a few years, they found that they were capable of making only a small dent in the number of animals in need of being rehomed.  At that point, they decided to seek public support for the enormous undertaking and out of necessity, formed a Texas non-profit corporation, initially named Pride (of lions) & Pack (of wolves).  Pride & Pack then became a 501(c)(3) tax-exempt corporation and began soliciting funds for the care and well-being of the animals that came in need of a forever home.

A little bit later, a donor from New York adopted an animal but said he didn’t like the name Pride & Pack because it didn’t convey what the organization did. The donor said he would donate $10,000 to the organization but they had to change their name. Carol and Gary wanted to keep the word “Pride” in the name.  They liked “The Lion King” movie with all the animals gathering at the rock. So in 1998, Pride & Pack was changed to PrideRock Wildlife Refuge.

Since those early years, Pride & Pack became PrideRock Wildlife Refuge and has conducted rescues from California to West Virginia.  All made possible by public support.  In that more than 20 years, PRWR has become the home of more than 70 animals that are with us today or have crossed the Rainbow Bridge after years of care at PRWR.

To name them all and give backstories is too much for a blog post, but they might someday fill a book about the 53 lions, tigers, and cougars that they have cared for up to this point plus the four bears they saved from euthanasia, and a hyena.  Not to mention the 30 or more canines that have been cared for by PRWR.

Over the years, legislation has been changing to control exotic animal trafficking activity and because of regulating this practice, it makes it necessary for facilities like PrideRock to exist. This is why Carol and Gary have dedicated their lives and passion for providing the life-long care that these magnificent creatures deserve and need.