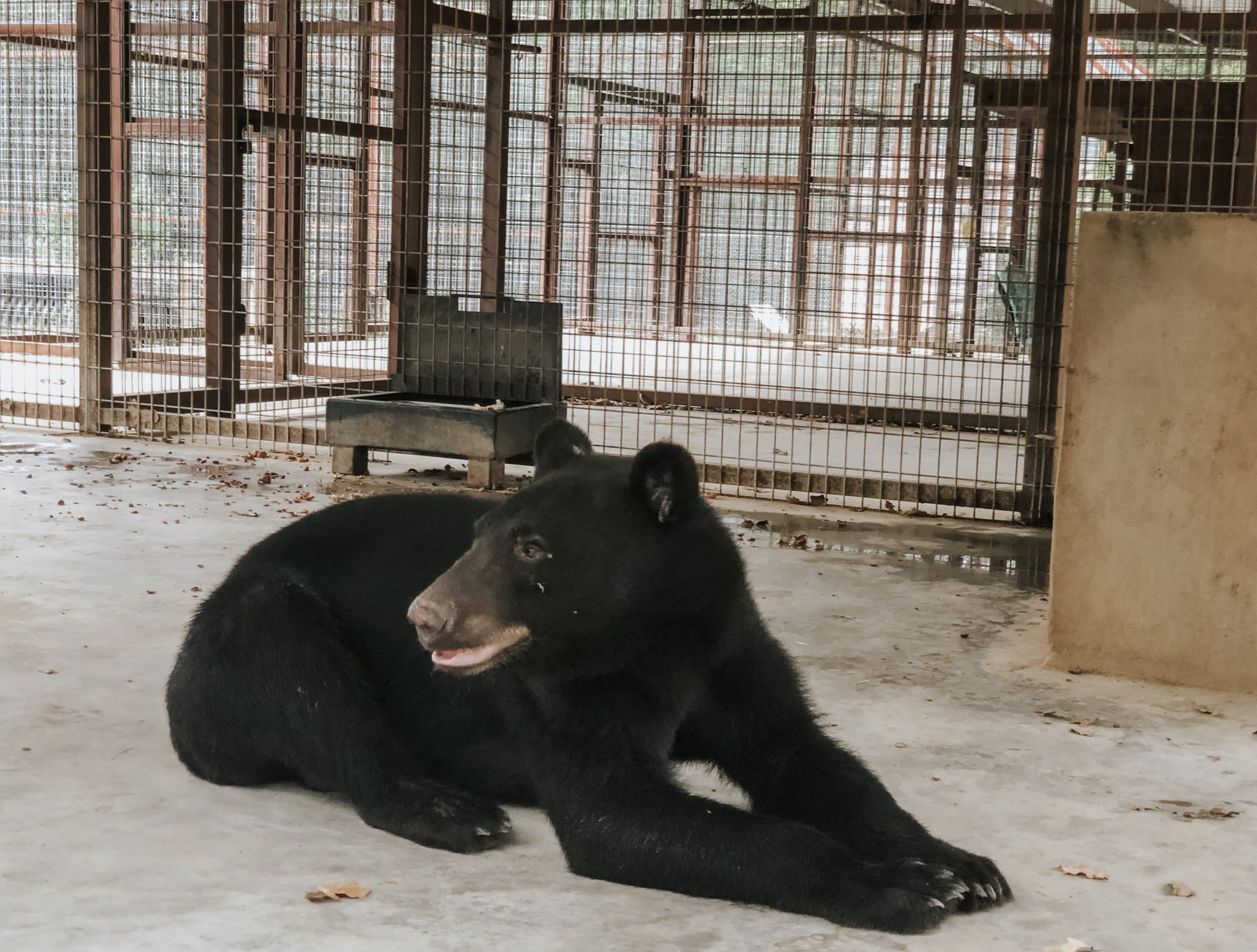 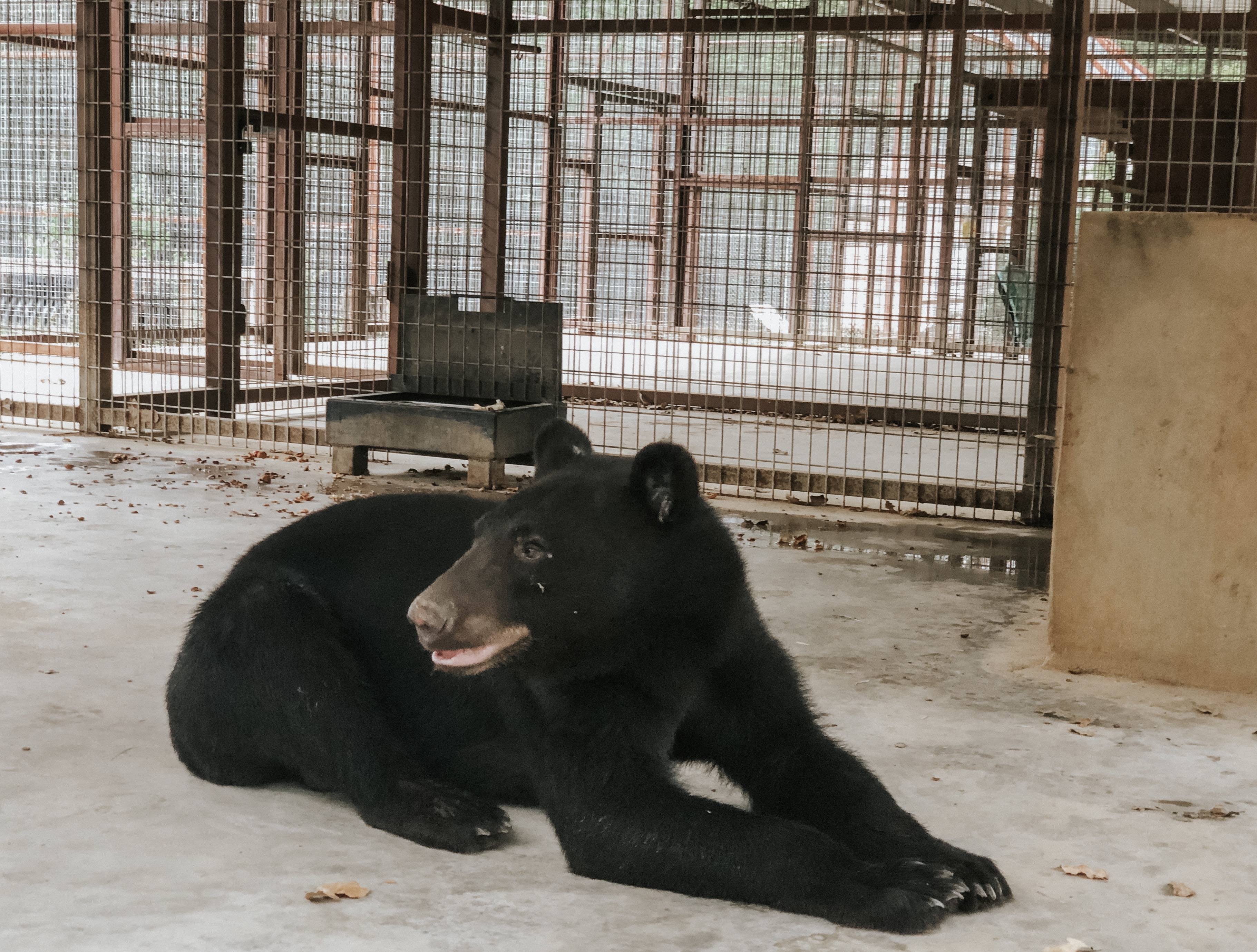 After receiving a call from the Louisiana Department of Wildlife and Fisheries in regard to a black bear facing euthanasia, Gary Holliman, PrideRock President, and Corey Allison, PrideRock Operations Manager, made the five-hour drive to pick up their sanctuary’s newest resident – Timber.

“We’re always happy to be able to save any species of animal that needs a home,” said Holliman. “PrideRock was created to give animals such as Timber a place where they can be safe and cared for during the remainder of their lives.”

Timber joins PrideRock’s two other black bears, Coco and Rowdy, that were rescued in 2016.

According to Holliman, it appears that young Timber had spent a majority of his youth dumpster diving and picnic scavenging, which explains why he is currently malnourished and smaller than most bears his age. However, the team at PrideRock has already introduced a spread of berries, nuts and bread slathered in honey to keep Timber’s belly nice and full.

While Timber might still be in the adjustment phase to his new home and habitat, PrideRock’s primary focus is making all of their animals comfortable and safe. Their team prioritizes creating recreational and enrichment areas to help maintain the activity requirements for the health of each of their animals. For Timber’s case, that includes an outdoor enclosure complete with jungle gyms, hiding tubes, pools and trees, giving Timber everything he needs to live the rest of his life in peace.

To help with the care for the well-being of PrideRock’s animals such as Timber, the non-profit is always in need of volunteers and donations. To donate, click here.

PrideRock Wildlife Refuge is a non-profit that provides permanent sanctuary and shelter for mistreated and unwanted wild animals. Situated on approximately 10 acres of land east of Dallas, TX, PrideRock is home to big cats, wolf hybrids, bears, a hyena and numerous rescued dogs. Owners, Gary and Carol Holliman, opened the animal sanctuary in 1992 when they stumbled upon and rescued a young cougar cub name Cayman. This experience opened their eyes to the plight of exotic cats in captivity and thus ignited their desire to find a place for abused, abandoned, neglected confiscated and unwanted animals.

In the past 20 years, PrideRock has conducted rescues from California to West Virginia and has housed more than 70 animals. All made possible by public support, volunteers and donations. To learn more about PrideRock Wildlife Refuge, visit www.priderock.org.