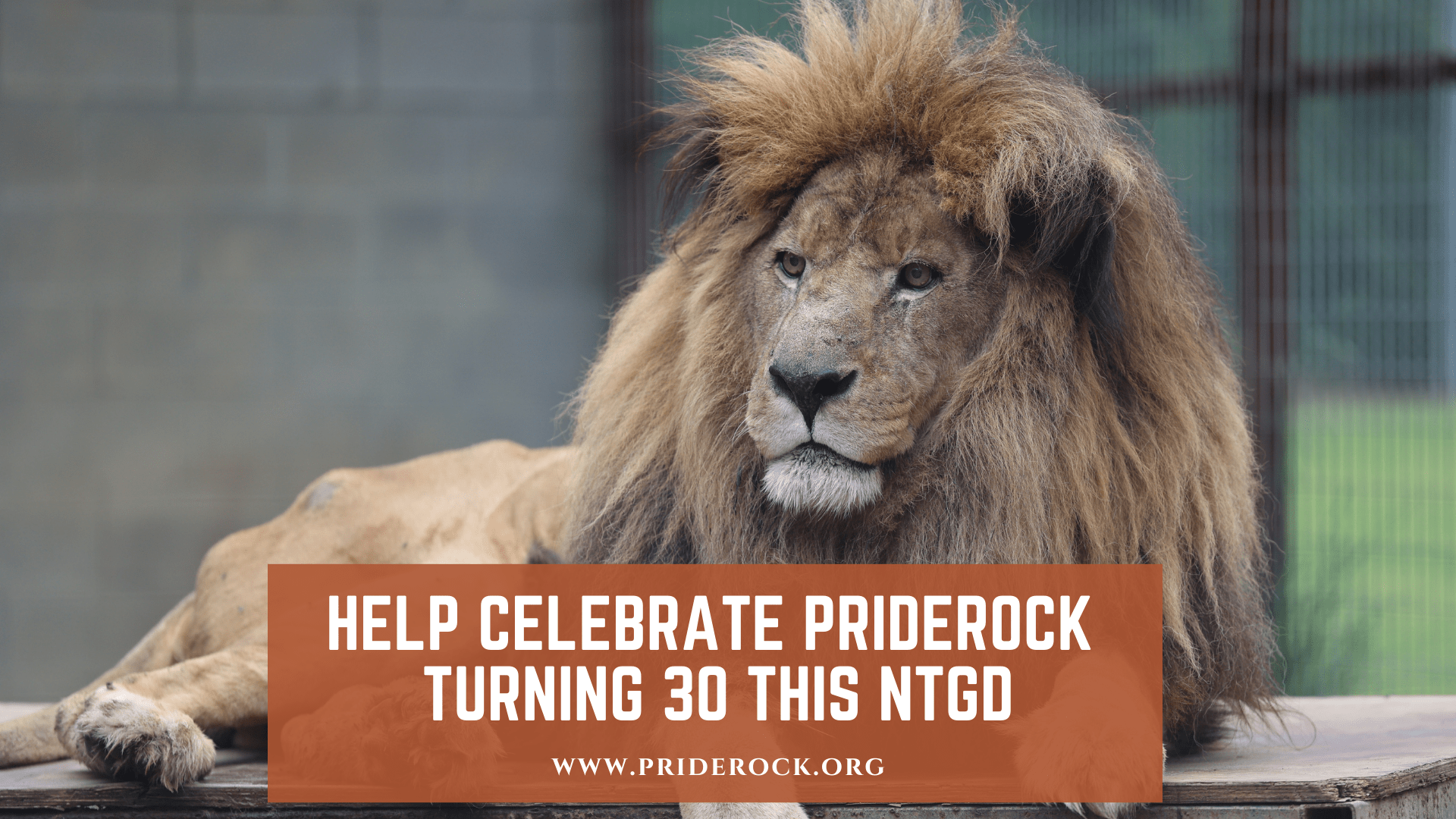 TERRELL, TX – Sept. 6, 2022 – In 30 years, PrideRock Wildlife Refuge, a permanent sanctuary for mistreated and unwanted animals, has conducted more than 70 animal rescues from California to West Virginia. To celebrate this milestone, the wildlife refuge is working to raise $30,000 for facility improvements during North Texas Giving Day (NTGD).

“We pride ourselves on having an animal sanctuary that’s not only peaceful for our animals but is up to date in terms of structure, safety and cleanliness,” said PrideRock Wildlife President, Gary Holliman.

“It takes a lot of financial resources to not only maintain our high standards but to be able to expand in the hopes of taking in abused wildlife needing a home. We rely on donor support during North Texas Giving Day to make that happen.”

This year, PrideRock hopes to raise $30,000 to put toward repairs on various animal pens and their wolf barn. They’re also looking to put in a new asphalt road into the facility and purchase a meat haul trailer to make the animals’ food runs more efficient.

“You’d be surprised on how much it can cost to feed one animal, not to mention the equipment needed to pick up their weekly supply of meat and produce,” said Holliman.

The trailer alone will cost the refuge $3,700 on top of the hundreds of dollars it takes to feed each animal per week.

Unlike other well-known wildlife refuges, PrideRock is a private facility. They do not profit off ticket sales, live animal encounters, or concessions because the refuge is not open to the public. PrideRock relies heavily on donor support and hopes to reach the hearts of animal lovers in DFW this giving season.

To help PrideRock meet its goal and celebrate 30 years of changing the lives of abused animals, head to their NTGD campaign page here.