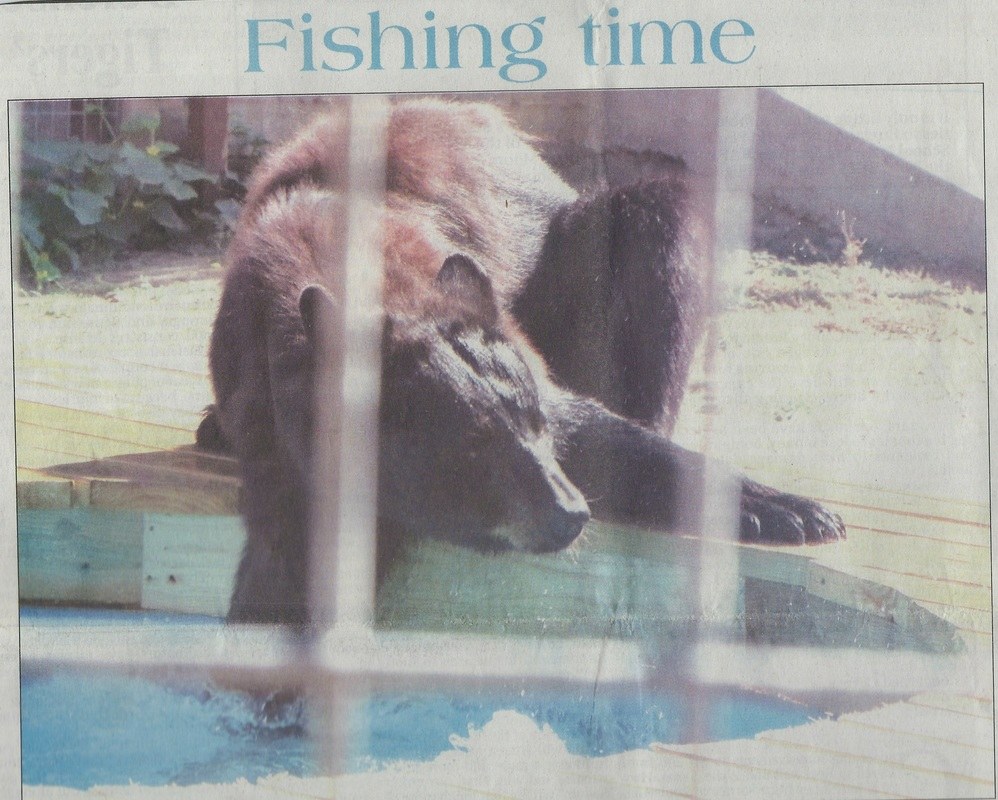 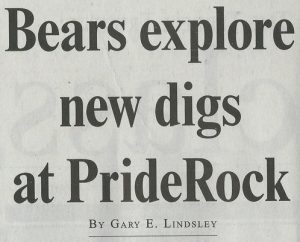 Wednesday was a special day for Coco, Rowdy and Toro at PrideRock Wildlife Refuge. Each was getting a pool, tunnel and logs and other items to climb on and explore. Each was leaving the confines, for the first time in their lives, of a concrete enclosure, for a more natural and liveable habitat.

Rowdy was the first to have the door of his enclosure lifted so he could go out into the “wild.” He was hesitant at first, lured out by treats. Slowly but surely, he walked down the ramp to the ground below. Rowdy, at first, wanted to get back into the enclosure, making his displeasure known by making noises. But after awhile, he began exploring the pool, tunnel and logs.

Toro was next up and also cautious and hesitant. He was more venturous as demonstrated by his swatting at the water in the pool. But it was their sister, Coco, who stole the show. While also hesitant at first, she was more venturous and the first to really enjoy the cool water in her pool. Learning how to get out of the pools gracefully, though, was a momentary challenge for each of the bears.

“We designed a bear enclosure here that involved two parts,” said refuge co-owner Gary Holliman. “The first was we built enclosures so they could come to PrideRock.” Holliman said they had to be rescued from a closing sanctuary before November or they would be euthanized.

The second part was to get enough money to build them an outdoor enclosure where they could have things to do,” he said. Holliman and his wife, Carol, had the enclosures finished in August, about a year after starting the project.

“It is not cheap,” he said. It would be the first time for the bears to touch dirt. “We do not know what to expect,” Holliman said before the bears were let out. “They may get in the pool and not want to get out.”

They chose to swim and explore rather than go back to their familiar surroundings. Lions, tigers, bears and even a hyena also call PrideRock Wildlife Refuge home. The refuge is a save haven for big cats – and now other animals – that have been abused, abandoned, confiscated or surrendered by their owners.

PrideRock is located on nine acres in Terrell and currently is also home to a hyena and is a safe haven for cougars and wolf breeds. In fact, a wolf-dog hybrid led to the creation of PrideRock.